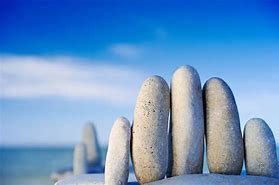 I learned long ago that I’m usually out of step with society and those around me. My political candidates are almost always the ones who lose. Unlike most Americans, I hate to shop and abhor wasting hours strolling through stores that urge me to buy things. Ditto ads. I refuse to own heaps, tons, and masses of possessions. They weigh me down and make me stress out. The only things I over-indulge in are books and sunflower seeds. I never used mind-altering substances, even in the wild 60s. Obviously I’m not part of the mainstream

Imagine my surprise when I discovered there are popular terms describing my condition. Minimalism. Simple living. Austere. A solid core of minimalists has established a presence on the internet where you can learn about the tenets of the approach, I presume in as compact and pithy sentences as possible.

I arrived at my personal minimalism through two avenues. The first might be viewed as radical or extreme, despite being based on conservativism, which is rooted in being conservative. That radical concept is environmental activism. I don’t want anything more to be built, whether buildings, vehicles, factories. I reject bags and recycle and reuse plastic bags if I find myself stuck with some. I’ll avoid getting anything new if I can do so. I don’t think a faltering economy justifies loosening environmental controls.

The second is much more personal – laziness. When I recycle cards, carefully trimming the message panel from the pictorial panel, I save time (no shopping) and money (no purchase). I’m too lazy to travel from location to location in search of any bargain. I’d far rather curl up on my bed to read my tablet or a magazine than run out to do diddle-squat.

Obviously the approach doesn’t restrict the practitioner in learning more, using the brain more, appreciating people and life more. The less I have in material goods, the more opportunity I have to gain the intangibles. I’m curious and can spend hours tracking down a fact or quote.

In the guide “Becoming Minimalist,” the short definition is “MINIMALISM IS OWNING FEWER POSSESSIONS, intentionally living with only the things I really need—those items that support my purpose. I am removing the distraction of excess possessions so I can focus more on those things that matter most.” There are lots of additional tips and insights for those who’d like to explore them on the website.

So minimalism has enabled me to simplify my behavior even further. When someone asks me about my approach to life, or suggests doing something I’m not crazy about, or tells me to buy an item, I just explain, “I can’t do that. I’m a minimalist,” thereby streamlining my existence even more.