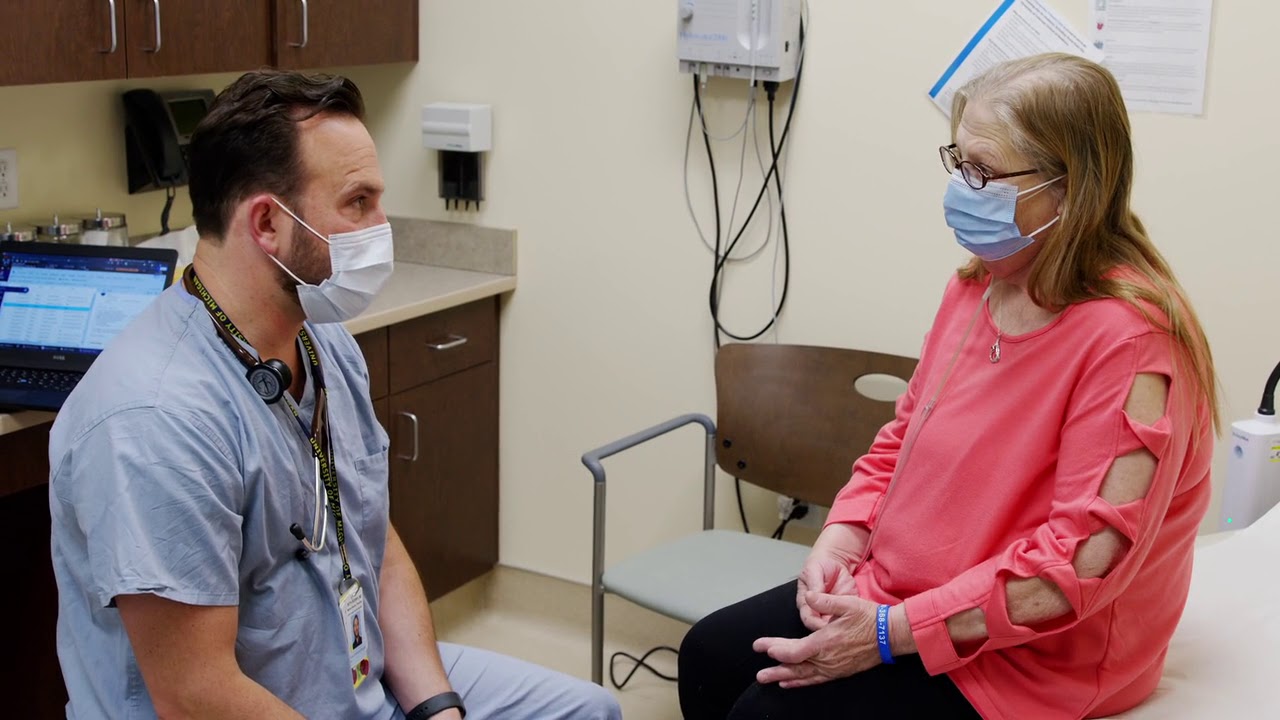 “Have you gotten an appointment for our COVID shots?” asked the Odd Old Man Next Door of his wife.

The OOMND was in no hurry for the vaccinations, but he figured if he didn’t remind his wife, she’d forget entirely.

The Odd Old Woman Next Door has spaced on the date, but fortunately she’d signed them both up weeks before with their health care provider. “Right as usual,” she answers. “I forget, but I can track it online. We were about number seven thousand, but I can look it up.”

Shot day arrives, and they set off for the appointment. She’s not looking forward to this, for she remembers a car trip months ago when they wandered around in circles for hours near the city amphitheater, looking for the entry currently hidden by construction zones.

“Now what in the hell, which way are we allowed to go here?” he’d said as they passed sign after warning sign. Of detours apparently directing traffic in perpetual circles, spirals, dead ends. “God damnit,” he said as he slapped the steering wheel with both hands. ”I’ll try it anyway.”

Several blocks later, “Which way do we want to go here?” he asked. She had no answer because she lacks even the most primitive sense of direction.

After another eon, she finally pulled out her smart phone that she’s still learning to use and was able to direct him.

Today on the way to the clinic, she hopes they’re not ready for a repeat performance. They drive the 30 minutes needed to get to the health facility, not the nearest because that one was too busy, and they couldn’t get in. After reasonable progress, they glide into the parking lot, don their masks, and get their shots. The nurse gives them the record of their procedures on small cards and warns them to take great care of the record. “Bring it back for your second shot.”

A month later, the OOMND asks his wife, “Do you have your vaccination record handy?” They’re scheduled to get their second today. He has been reminding her about the record daily for a week but today kicked it up to hourly. Fortunately, she’s able to pull it from her wallet immediately.

He drives carefully. She recalls he seems to drive more carefully by the day. At times, like today when the weather is snowy and icy, she’s glad because she’s terrified of an accident in these conditions. Other times, if they’re late and he’s hyper-careful, the minutes creep by. She’s impatient. She wants to say, turn here, just swing to the left, feeling that foundation of frustration common to wives who have always catered to their husbands, without either of the partners being aware of it.

No, he can’t, she reminds herself, he hates left-hand turns like the plague, always has avoided them since half-century ago when he caused a massive pileup doing the same. The damage included knocking all his bottom teeth out and breaking his jaw. He’s never admitted this to her, but she guesses that’s the reason for his avoidance of left-hand turns.

As they exit the highway for the clinic, he mutters, “I hope they’re not working on Grant Street. Well, I guess if they are, they are.” He sighs.

She’s gotten much more patient on trips like this since she asked her granddaughter to load Kindle and solitaire on the OOWND’s smart phone. She’s tolerant nowadays because she can distract herself with those without worrying about wasting time. Change is difficult at his age, she realizes. One advantage of growing old is you just don’t care about these minor irritations the way you used to.

As he turns into the parking lot, he says, “This should do the job for me, I think.” She agrees.

Our great-grandmothers would be shaking their heads in dismay if they could visit our times. Internet, Twitter, Pinterest, smart phones, text messages, they wouldn’t know where to begin to stay in touch with their families and friends, let alone how to use these tools. Change has become so constant and so fast, even people on the shady side of forty can lose their balance in the net.

No one in restaurants, stores, or theaters is minus a device over which they bend their heads and wave their fingers. Married couples spend more time online than they do in bed with one another. I can barely go shopping without some seller urging me to download a new app.

However, women’s fiction by and large hasn’t adapted to this transformation, at least not to the extent I see in real life every day. Novels still focus on characters, plot, description. Although mobile phones now appear in fiction, and a woman in danger turns immediately to a cell, few heroines or heroes spend the amount of time online that occurs in daily life. Human interaction requires face-to-face contact, if not body-to-body; and text messages or Tweets are used, if at all, as quirky plot developments..

The array of communications methods mirrors what seems to be occurring in women’s personal lives. If experts, along with films, television, and songs, are to be believed, women are leaping in and out of bed (or in cars or on tables or outdoors) with enthusiasm and are increasingly casual in their sexual encounters, if not outright promiscuous.

Why then do novels continue to advocate stable, monogamous relationships? While wedding rings may be far fewer in stories than in the 20th century, the preponderance of women’s fiction has the heroine and hero in a happy clinch by the end, not a clutch of partners.

So how can the poor writer decide how to publish a story and what equipment to feature? Should we write in 148 character series, as one novel I read did in an introduction to each section? Are young readers going to dump fiction unless it’s available on phones? The phenomenon in Japan is the cell phone novel with chapters of less than 200 words. Are our characters moving toward no physical contact, just phone sex?

One thing’s for sure. In fiction, the chaste (and chased) virgin of fifty years ago, frequently a nurse, secretary, or teacher, is far outnumbered by her more adventuresome sisters. They may not be “loose women,” but they’ve been around the block. Plots are reflecting reality, as studies and surveys show attitudes toward casual sex and multiple partners continue to become more liberal.